Construction work on the first phase of a major new 70-acre heritage park with the Grade I Listed Charterhouse as its centre piece has begun.

Historic Coventry Trust, working closely with Coventry City Council and the Charterhouse community, is behind the development which will include full restoration of the Charterhouse – one of only nine Carthusian monasteries built in the UK – and the London Road Cemetery, as well as the creation of a new riverside park and walks.

The first work has now started with the creation of a new access off London Road and a 134-space car park which will be completed by November, as well as a new pedestrian crossing on London Road linking the Charterhouse and London Road Cemetery.  Improvements to the River Sherbourne, relocation of the children’s play area and the recreation of the monks’ fishing ponds are also part of a package of works being undertaken by Coventry City Council as part of a programme of landscape works including the recreation of the tree lined avenue drive which will become a pedestrian route.

The Trust was established in 2011 in response to community action to save the Charterhouse and is now leading a portfolio of heritage projects in the city including The Burges and Drapers’ Hall.

Ian Harrabin, Chairman of Historic Coventry Trust, said the start of work is a milestone in the development of the Heritage Park and the result of a big effort from many people to get the project off the ground. He said: “It is really exciting for us all to see physical work starting after so many years of planning and fundraising. This is a hugely important and sensitive project – a much-loved community asset as well as a nationally important heritage site in the top 2.5% in England.  A great deal of work has gone into working up the detail and securing all of the consents, as well as raising more than £8 million of funding to put it into action. When we started, it all looked very ambitious, but we’re now well on the road to delivery and just about in time for 2021. Work on restoring the Charterhouse will be starting in October and we’re already looking at plans and funding for the wider landscape including the former railway loop line as a second phase.”

The 14th-century Carthusian monastery is one of Coventry’s oldest buildings and plans include creating interactive displays charting the long history of the Charterhouse, which was founded by King Richard II in 1385, and the recreation of two monks’ cells set in the walled garden along with a café.

Cllr Jim O’Boyle, Cabinet Member for jobs and regeneration at Coventry City Council, said: “Charterhouse is a wonderful building, a real jewel in our crown, so it’s great to see work get underway. Getting to this stage is testament to the hard work that people have put in to this project. Improved parking, a tree lined pedestrian access and a better connection to the impressive London Road cemetery will make a really big difference and it’s great that our own team will be undertaking this work. There will also be woodland walks and wetland areas and new and improved cycleways along the disused railway.” 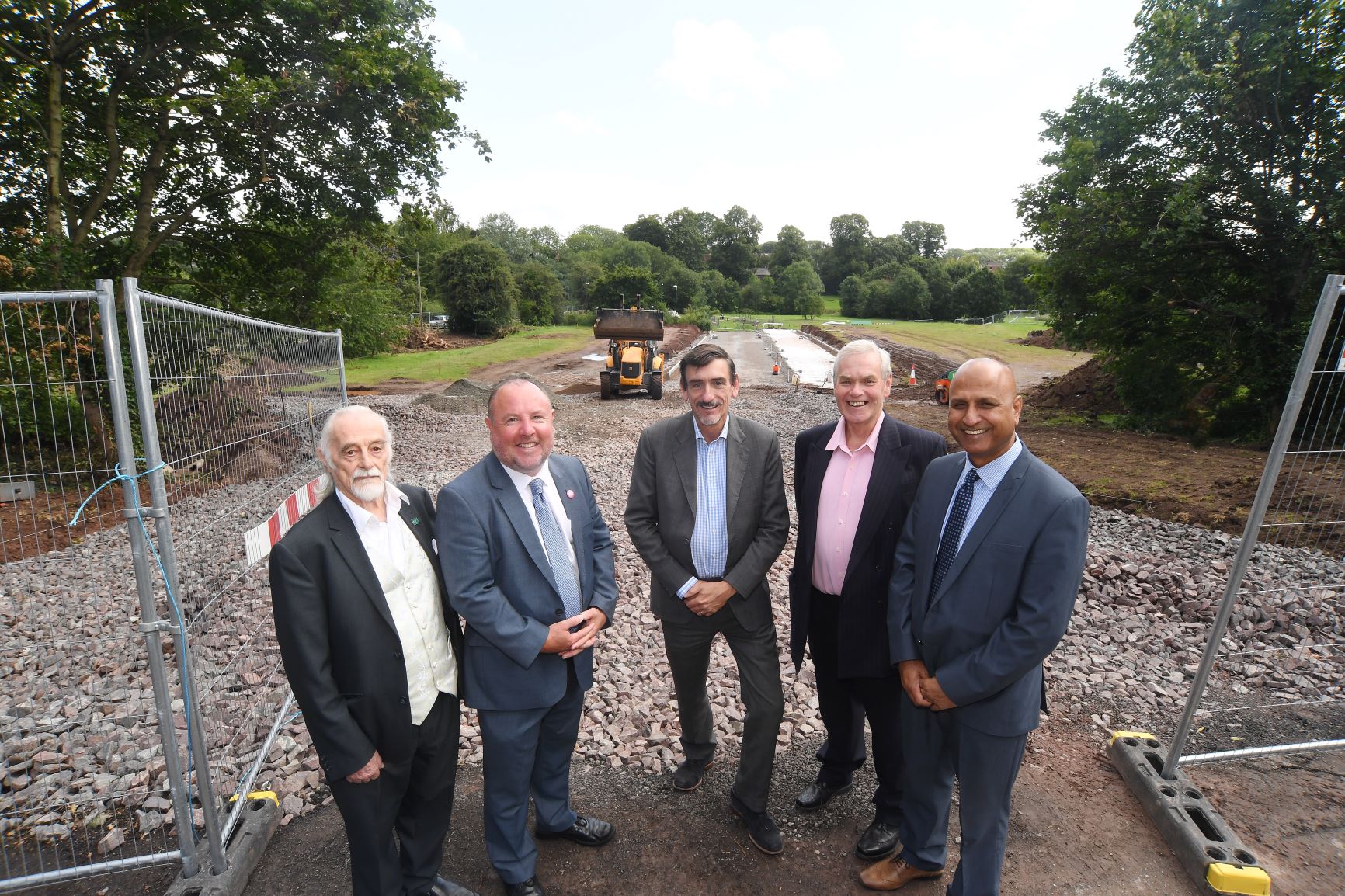