The future of one of Coventry’s most important heritage buildings has been secured following the formal handover of the Grade II* Listed Drapers’ Hall by the council to Historic Coventry Trust.

The move will allow work to get underway on the full restoration of the building as a new multi-purpose venue in the heart of the Cathedral Quarter, with works planned to be completed in time for Coventry’s year as UK City of Culture in 2021.

The society rooms which date from 1832 were built for Coventry’s Drapers’ Guild in Greek Revival style by architects Rickman & Hutchinson. It is the third building on the site for the Drapers, whose occupation dates back to the 1300s when Coventry was the largest cloth market outside London which was the source of the city’s great wealth. The building has been empty for nearly three decades.

The £4.2m project will restore the building to become the base for Coventry Music Service, who provide music education for Coventry’s school children, and will also provide performance rooms for a wide variety of arts and community events.

The project has been supported by £2m of grants through the Cultural Capital Investment fund from Coventry City Council which has funding through the Coventry and Warwickshire Local Enterprise Partnership (CWLEP) as well as a £1m grant from the Arts Council.

Architectural services and fundraising support have been provided by The Prince’s Foundation, who selected the project as one of 7 projects nationally to celebrate The Prince of Wales’s 70th Birthday. Other funders include Garfield Weston, Wolfson, Foyle and Prince of Wales Charitable Foundations along with Swire and Backstage Trusts.

A formal signing of the new lease took place between the Lord Mayor of Coventry, Cllr Linda Bigham, and Trustees of Historic Coventry in The Mercers Room at St Mary’s Guildhall.

The event was watched by Sakiko Nishihara and Sachiko Kauno from the Agency for Cultural Affairs in Japan who were visiting the city to find out more about the Trust and the role of culture in regeneration.

“The signing took place exactly 187 years to the day after the Inaugural Gala Ball in 1832. Drapers Hall was built for Coventry’s high society and we plan to recapture the glamour of that age but also to make the building accessible to the whole community. The lease is for 250 years and many future generations will now be able to enjoy the building whilst it is in our care.”

This is the first transfer to happen under the Framework Agreement agreed with Coventry City Council two years ago. The council’s pioneering approach will see much of the city’s underused heritage improved, with the Trust raising the funding and undertaking the restoration works.

“It will be wonderful to give a new generation of youngsters the opportunity to learn how to play musical instruments in such a fabulous building as well as having a perfect location for concerts and other community events in the heart of the city as we celebrate being the UK City of Culture.
“The building is right in the heart of our historic centre and will now play a key role in boosting our visitor economy, creating jobs for local people.
“The council has been looking for a viable community use for this important building for many years and the successful transfer shows the true power of us working together in partnership.”

Helen Peters, culture and tourism lead for the CWLEP, added:

“We are really pleased to support this fantastic project that will restore one of the city’s hidden gems and bring it back into use.
“The leading role that culture can play in boosting our economy is fully recognised by the LEP and this is just one of a number of projects that we are supporting in the run up to 2021.
“The growth in the visitor economy provides diversity of employment that will help us to weather any future downturns making the city much more resilient.” 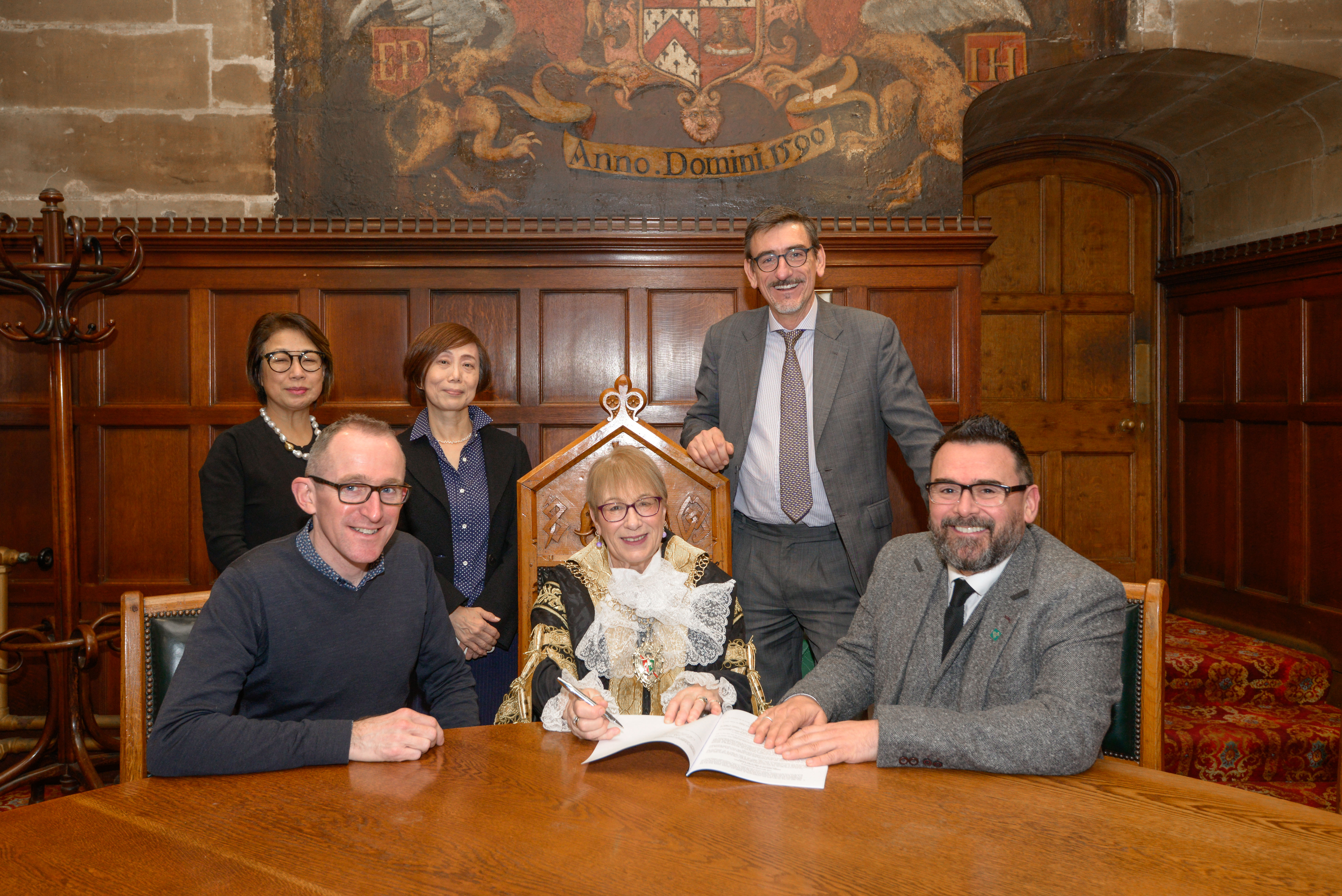