Plans for the conversion of some of the city’s oldest buildings into exceptional places to stay have been given a major boost with the award of £380,000 of grant funding.

The £1.1 million project, headed by Historic Coventry Trust (HCT), will restore the gates in the City Wall and the Lychgate Cottages in Priory Row into six self-contained units for special occasion stays for local people and for visitors to the city as tourism grows. The Trust is working to complete the projects for the start of 2021 as the city enjoys its year as UK City of Culture.

The grant was awarded from money secured by Coventry City Council to support capital projects that will prepare the city for 2021.

The Grade I Listed Swanswell and Cook Street Gates are the last two remaining gates from Coventry’s City Wall and were constructed between 1385 and 1440 in local sandstone.

The wall originally encircled the city with 12 gates and 20 towers and was mostly demolished on the order of Charles II in 1662 after Coventry supported the Roundheads in the Civil War. The gates are currently unused and decaying. The income generated from the visitor accommodation will sustain their long-term preservation.

Swanswell Gate, which has always been closed to the public, was open for viewing on September 21 and 22 during the city’s Heritage Open days. A total of 427 people were given a tour of the building, which is no larger than a small house, with queues forming outside.

Ring dating of timbers has shown that the buildings were built in around 1415 making them a remarkable survivor from before the Dissolution of the Monasteries. The cottages were built in front of Coventry’s first cathedral, St Mary’s Benedictine Priory, founded by Lady Godiva in 1043.

The Gates and Lychgate Cottages are currently owned by Coventry City Council and are provisionally approved to be transferred on a 250-year lease to Historic Coventry Trust once the Trust raises the money for their restoration and reuse.

Ian Harrabin, Chairman of HCT, said: “We were bowled over by the public interest in Swanswell Gate over the weekend, with many people asking how they could book a few nights for special occasions once the restoration is complete. This won’t be normal Airbnb type accommodation, but somewhere really special and unique.

“We still have a lot of money to raise, but we’re cracking on to work up the detailed design to give us the best shot of being open for January 2021. The properties are going to be so special that not to show them off to visitors in Coventry’s year as UK City of Culture would be a crime.”

Councillor Jim O’Boyle, Cabinet Member for Jobs and Regeneration at Coventry City Council and CWLEP board director, said: “The key bringing these wonderful buildings back in to use, which in turn will help to safeguard their future, was my decision to transfer them to the Historic Coventry Trust. They can attract funding which isn’t available to the Council and they are already doing this very successfully.

“Our city has a very rich history and the buildings will be a great way to showcase this for both local people and visitors alike. Being able to stay in the gatehouse of our original city wall will be an amazing experience and one that I am sure will be very popular.

“These plans add to the two new four-star hotels that are opening at the former Coventry Telegraph building and at Friargate which, added together, will give a great boost to tourism in the city and create many new jobs.” 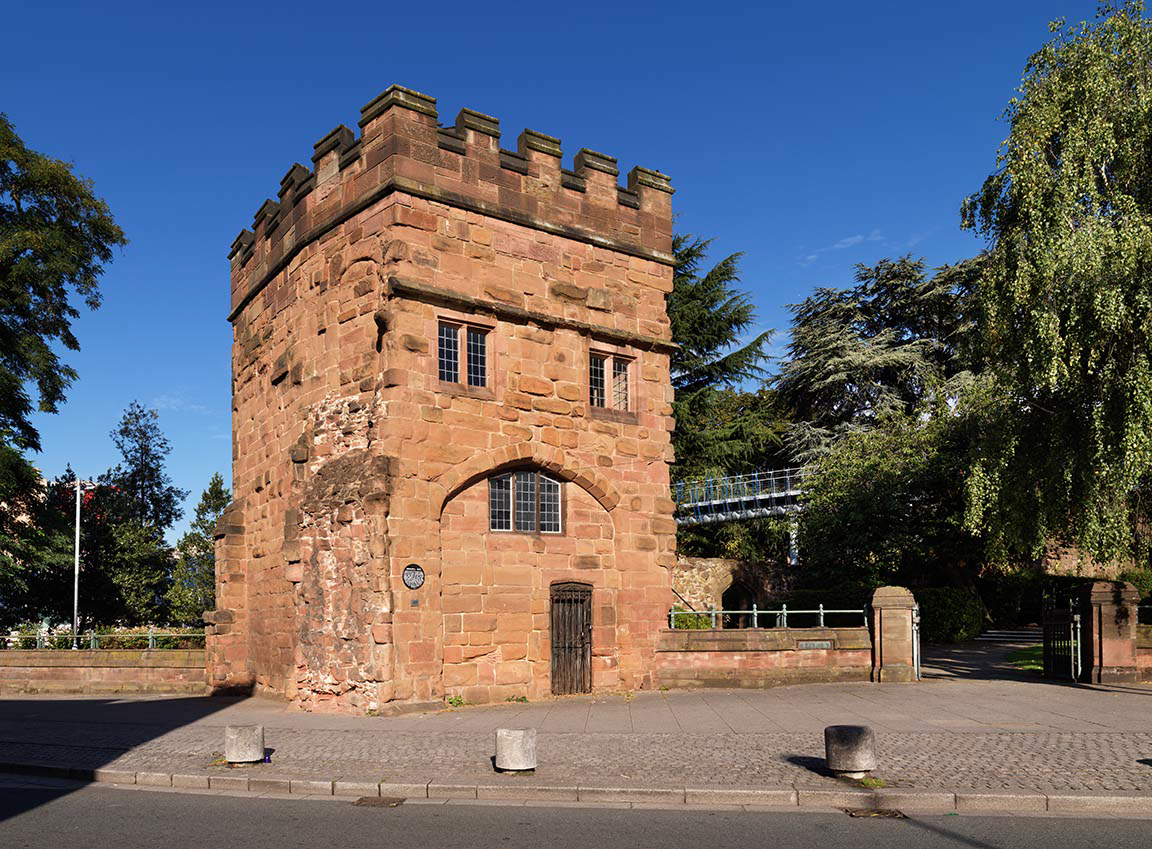