Specialist conservation contractors have been appointed to create a major new visitor attraction in Coventry ahead of UK City of Culture in 2021.

The £8 million first phase project will involve restoring one of Coventry’s oldest buildings which is located off London Road near the city centre. Future phases include upgrading a 70- acre wildlife rich landscape and two miles of riverside and woodland walks known as the Heritage Park.

Splitlath, based in Hay-on-Wye, has started work to restore the main monastery buildings including fully restoring the roofs, structural and building fabric repairs, restoration of 15th and 16th century wall paintings and construction of a new conservatory cafe.

Charterhouse will include an interpretative display, focused on the lives of the Carthusian monks, their lifestyle, cultural importance and influence, medieval and later Elizabethan heritage and the history of the Heritage Park area through to the 20th century, telling the story behind the various landmarks within the Park.

In the area of the original Great Cloister, two monks’ cells will be reconstructed on their original foundations. One will illustrate how the monks lived and the other will be an acoustic room demonstrating silence, the unique feature of the Carthusian order.

Organic gardens will be replanted and the Great Cloister will become a high-quality landscaped walled garden with information on archaeological remains included in new displays and interpretation material while a new purpose-built café with a terrace will form part of the Victorian House restoration.

Ian Harrabin, chairman of the HCT, said this was a significant milestone in another chapter of the Charterhouse’s fascinating history. He said:

“The community has been fighting to preserve the Charterhouse and its landscape for decades and the commencement of is a major milestone for us all. This ancient building is so precious that we have chosen our contractors very carefully.
“Splitlath has already reconstructed medieval walls at Charterhouse and we have been very impressed by their traditional craftsmanship and attention to detail. When we handed over the keys it was like handing over a family heirloom, there was understandably some trepidation but I am convinced that the building is in safe hands.
“Coventry’s Charterhouse is one of only two Carthusian monasteries in the UK with any significant remains and this is the only one with any intact interiors.
“The main buildings are the Prior’s House and Refectory which were completed around 1417 and they house some of the finest examples of medieval and Elizabethan murals.
“The Prior’s House has hardly been altered since the 16th century, when it was converted to residential use at the time of The Dissolution by Robert Dudley when he was wooing Elizabeth I. The monastery contained an inner and outer precinct with some 600m of stone walls which still remain.
“The remains of the church have been previously excavated, but the grounds are expected to contain further substantial archaeological remains especially within the Great Cloister. The whole site is Grade I listed and is classified as a Scheduled Monument giving it the highest protection.”

“We are delighted to have been awarded this prestigious conservation project at Charterhouse.
“We are now looking at ways in which we can involve the local community and maximise the opportunities we can offer them while working on this extremely important project to be open in time for Coventry being UK City of Culture in 2021.”

“The building has remained unnoticed by many for generations but now it’s to become an eye-catching venue that can be enjoyed by local people and the city’s growing visitors.
“It will help in generating jobs and economic growth and is an excellent example of partnership working between Historic Coventry Trust, the Council and the local community.
“This is one of the best old buildings that we have in the city and I am pleased that with the sensitive new additions it will remain one of our finest gems for generations to come.” 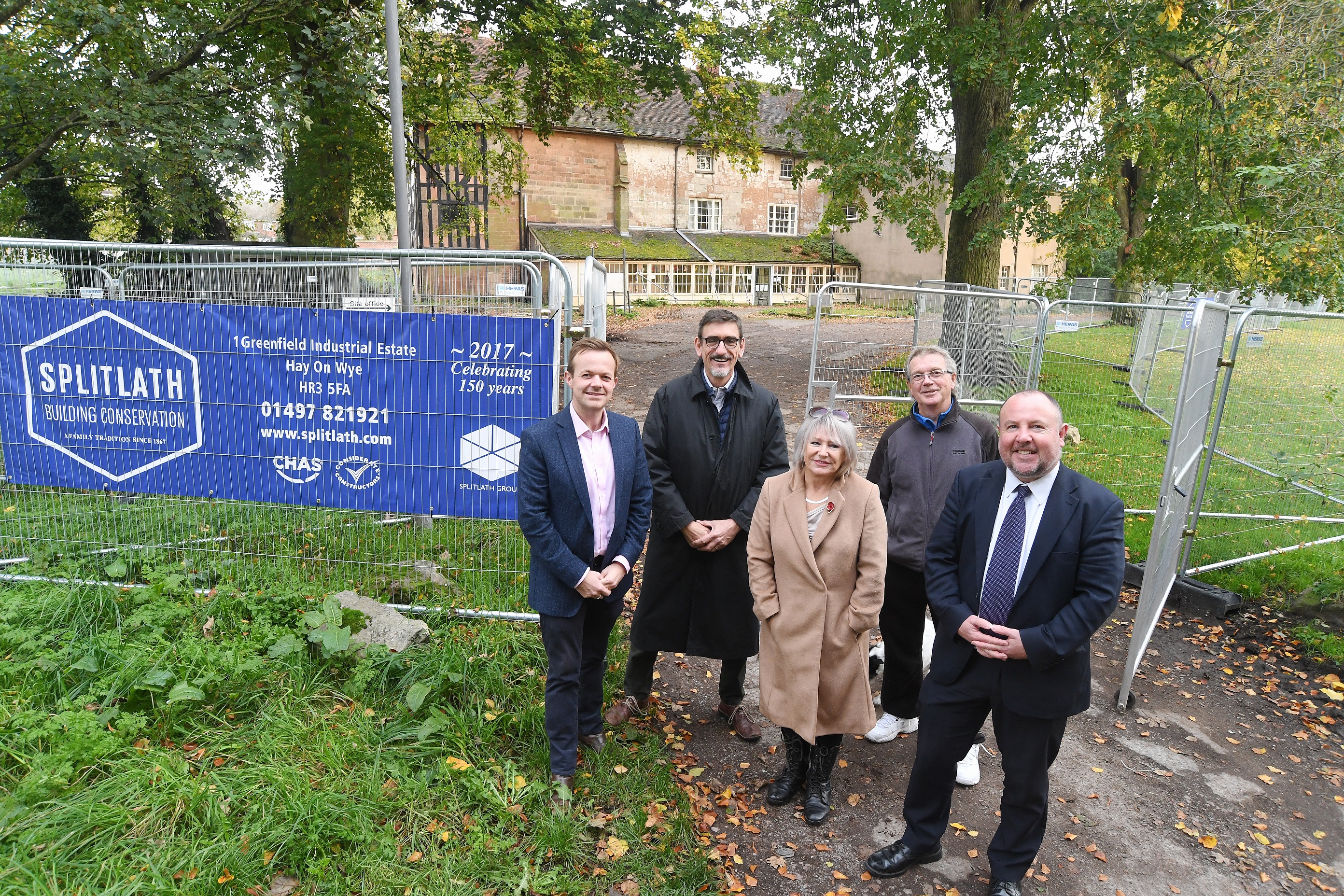